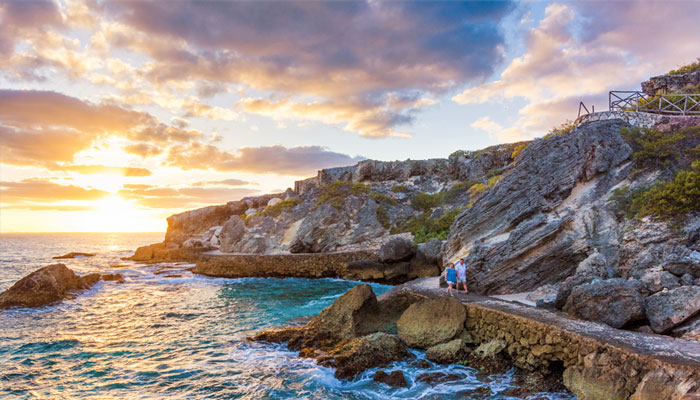 Isla Mujeres is practically a young city and when people talk about young cities it is common to think that there is no traditional culture but that is not the case of this island. Actually, there is a place here where traditional and modern are combined to form Punta Sur Isla Mujeres a sculptural park placed on a cliff like no other.

This article may be of your interest: How to take better photos on Isla Mujeres paradise

Back in 2001, the government started a project along with 23 sculptors from Mexico and other countries like Egipt, United States, Bulgary and much more, all of the summoned for making the movement bigger and greater.

These sculptors worked months before on making the separate pieces for the sculpture, pieces that were assembled once they were on the island.

The sculptures and its different components are made of metal and painted on simple colors like yellow, blue, green, grey, black and white, most of them, following modern and abstract tendencies and also, another couple of them, having the characteristic of being interactive. 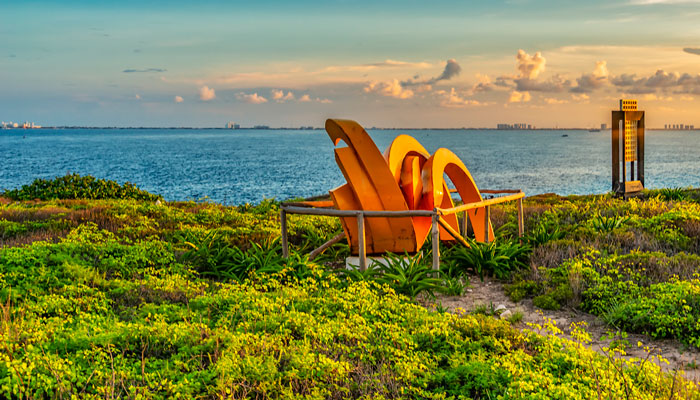 They were all placed strategically along a corridor that leads you to the end of the cliff, taking advantage of the irregularities of the ground and making them look like if the sizes between them were different, but not, they all measure a bit more than 2 meters.

Then the interesting contrast comes; at the end of the corridor, there is an ancient temple made by the Mayan people to the goddess Ixchel, love, water, moon, and fertility deity. 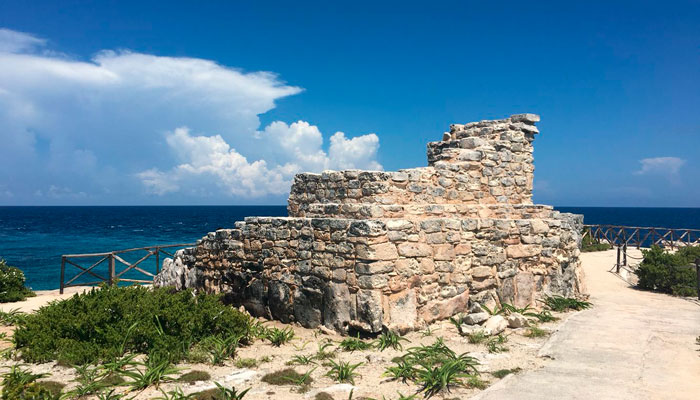 The cliff makes it look like a place taken out of a tale, especially on the sunset when the incredible colors of the sky melt with the ocean and the sculptures seem to become alive.

This is how the Sculptural Park on Punta Sur Isla Mujeres is. If you are planning to visit Isla Mujeres on your vacation, you have to see this place with your own eyes and if you want to stay for more than one day remember to book your stay in Skulls Landing Hotel, you will love it!